Growing up in Newfoundland, Murray McDonald had no idea that he had Indigenous blood running through his veins. It wasn’t until a few years ago, when he was chef at Fogo Island Inn, that he learned his mother’s family was Inuit from Labrador—but his grandmother had been too ashamed of her past to ever talk about it.

“It’s a missing piece of our family history. It was part of my history that was taken away,” McDonald says mournfully.

But becoming chef at Spirit Ridge Resort earlier this year, on land owned by the Osoyoos First Nation, is restoring that connection. “I didn’t come here for the beautiful weather and the vibes,” he says. “I came here because I wanted to cook Indigenous food.”

A big part of that is the story of the Four Food Chiefs, who inspired the name of the resort’s rebranded restaurant: The Bear, the Fish, the Root and the Berry. In Osoyoos tradition, they were the chiefs in the “world before the world,” who gave food to the “people-to-be,” along with the tradition of giving and helping one another.

At last, the kitchen, the chef and the concept all fit the place where it is located—unlike previous years, when the resort bounced from French to Italian to Californian cuisine.

“All those years and no one thought, ‘We’re on sacred Indian lands, we should do Indigenous food,’ ” McDonald says, shaking his head. (Credit goes in part to Hyatt, which now manages the property and is investing in serious upgrades throughout.)

But lest you think this is the sort of clichéd bannock-and-bison menu so familiar to many Indigenous restaurants, think again. This is sophisticated, ambitious and flavourful food.

“We’re not purists. We’re just trying to give people a glimpse into Indigenous cooking,” McDonald says. “The thing about Indigenous cuisine, you can’t define it. If you go from Vancouver Island to Newfoundland, it’s different in every region.”

It starts with the ingredients, many of them locally foraged and farmed. “The fruit that grows here just blows my mind. It’s like a chef’s candy store,” McDonald says.
He uses traditional proteins like bison, turkey, duck, quail, rabbit or fish rather than beef and chicken and, instead of wheat flour, nuts in dishes like the savoury chestnut pappardelle with rabbit ragu. Nearly a third of the menu is vegetarian or vegan.

And yes, he does serve bannock. “Bannock is not Indigenous,” he says, noting the scones and fry bread were brought by Scottish settlers and became part of the First Nations story. “Some nations are proud of their bannock. Others refuse to have it because it is a symbol of their oppression.”

He works closely with the Osoyoos band, taking care to get their approval for what he’s doing, and actively recruits Indigenous cooks. He’s humbled to be part of the new-found pride in Indigenous culture and says, “I think it’s the next big thing in the culinary world in North America.” 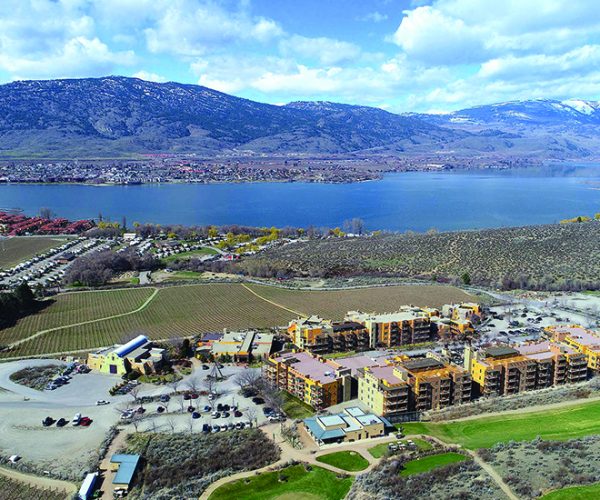 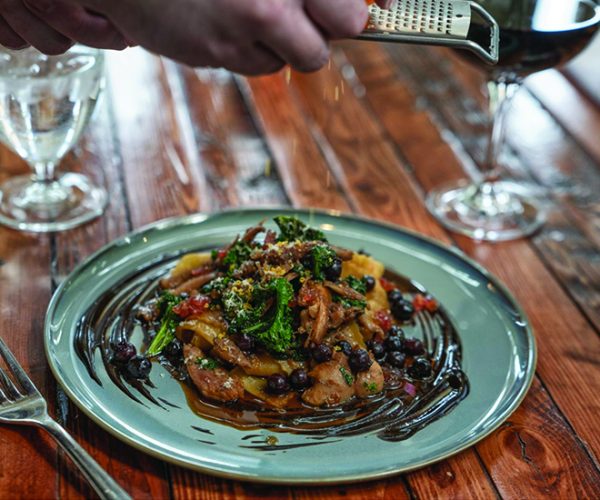