Behind the Name:  Osoyoos’ the Bear, The Fish, The Root & The Berry – How this Okanagan  Valley based Indigenous restaurant got its name

Located in the Spirit Ridge Resort in Osoyoos, B.C., The Bear, The Fish, The Root & The Berry is the only Canadian (and Indigenous) restaurant that is part of the Unbound Collection by Hyatt–an online portfolio of curated story-worthy experiences.

Since its opening in 2019, the restaurant proudly sits in the traditional land of the Syilx People of the Okanagan Nation. It serves up modern vineyard cuisine inspired by their Indigenous roots using ingredients that the land has to offer.

“Our inspiration for the name of our [new signature] restaurant comes from a chaptik story passed down through the generations of our First Nations people of the Okanagan,” says executive chef Murray McDonald. “The Syilx People of the Okanagan Nation approach to food is based on the creation stories of their culture and we’ve taken their stories as the inspiration for the name of our restaurant: “The Bear, The Fish, The Root & The Berry,” based on their story of the Four Food Chiefs.”

As a result, the Four Chiefs are also the Four Food Chiefs; black bear, chinook salmon, bitterroot and Saskatoon berries. These ingredients are the key elements of Indigenous cuisine.

Other names were considered, however, this name captures the meaning and inspiration behind the restaurant’s culinary philosophy.

The Bear, The Fish, The Root & The Berry is closed due to renovations and will re-open on May 1. 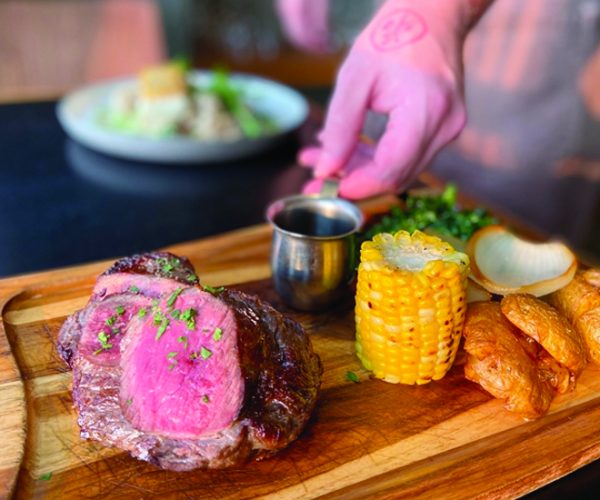 Down to earth at this unique Osoyoos restaurant 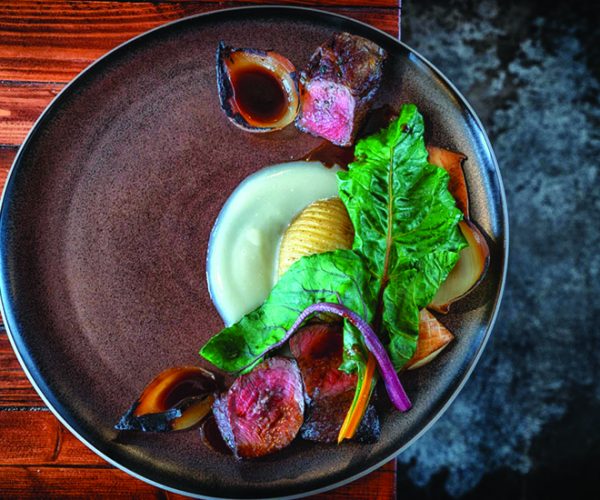